Aimed at the European market rather than at buyers in South Korea the Hyundai i30 manages to combine some of the flair of a European machine with the cost advantages of an Asian car.

Build quality in Korean cars has improved markedly over the years and Hyundai i30s were in the vanguard of this transformation.

Aware of the likes of Australian drivers in the areas of suspension and steering, engineers from Australia and South Korea have tailored the suspension and steering to our conditions. The result is very on-road dynamics, with a precise feel through the steering wheel and the ability to hold the road at high cornering speeds. They are still not up with the best of the Europeans in this class, but are getting closer.

On the downside, the Australian handling package has resulted in a rather firm suspension. Try for yourself if you lean more in the direction of comfort than tackling corners with gusto.

Initial imports of the i30 were all five-door hatchbacks, but a station wagon, the Hyundai i30cw, joined the range in March 2009. The wagon isn't merely a hatch with a different rear end, it has a 20 mm longer wheelbase and a substantially greater overall length, by 230 mm. The result is a fair bit more legroom in the back seat, meaning it can carry four full-sized adults with ease.

Because of the European influence, Hyundai was one of the earliest Asian marques to offer diesel engines.

The wagon's cargo area has a safety net as standard and a steel net-type barrier is an option. The barrier can be installed either behind the back seat or, when the seat is folded down, behind the front seats, creating a small-van interior.

In many ways Hyundai's i30cw wagon makes more sense than small SUVs. However it was discontinued with the 2012 model change, and while it does have a wagon variant now called Tourer, it misses out on the increased dimensions of the cw.

Most Hyundai i30s sold in Australia have a 2.0-litre four-cylinder petrol engine. Because of the European influence Hyundai was one of the earliest Asian marques to offer diesel engines. The latter is a turbocharged unit with a capacity of 1.6 litres and has proven moderately popular in this country.

The all-new Hyundai i30 released in May 2012 comes with a 1.8-litre petrol engine of a more modern design than the superseded 2.0-litre and has similar performance characteristics, combined with a drop in fuel consumption. The diesel introduced at that time was a gentle revamp of the existing unit.

Prior to the 2012 Hyundai i30 model change (from FD series to GD series) transmission options were five-speed manual and four-speed auto. Since then six forward ratios have been used in both the manual and automatic transmissions.

Hyundai has expanded rapidly in Australia in recent years, with many new dealers being appointed. We haven't seen the sort of poor results that can crop up during quick expansion, which is good news. Most dealers are in major metro areas, though the spread to country cities and towns is noticeable.

Hyundai was one of the first to offer a five-year/unlimited distance warranty. This passes onto future owners of the car. Note that if the car has been used commercially a distance limit of 130,000 km is applied.

Spare parts prices are about average for this class and we haven't heard any major complaints about availability.

Insurance companies seem to treat Hyundai i30 owners with respect.

Hyundai i30 is relatively easy for the home mechanic to do their own work. As always we recommended that safety areas are only serviced and repaired by qualified mechanics. Amateurs should always buy a workshop manual before getting in too deep.

Insurance companies seem to treat Hyundai i30 owners with respect and premiums generally range from average to slightly lower than the norm for a car in this class.

Give the ignition key a hard twist, some seem to be fragile and break off at the shank. Perhaps it's a good idea to talk to the seller and ask them to make the test.

It's important for the longevity of the turbo-diesel engine that it's serviced by the book - so ask to see the book and make your own decisions from there.

Check the engine starts easily, the diesel will take longer than the petrol, especially if it's cold, but too long a period of cranking indicates possible problems.

A manual gearbox which crunches on fast downchanges could be due for an overhaul, or there may be a clutch problem.

We haven't seen many Hyundai i30s on the car rental fleets - the smaller i20 seems to be the more popular choice - but be wary of an i30 with a lot of kilometres on the clock.

Another sign of ex-renters, and/or of uncaring owners, is seat trim and boot mats that are in poor condition.

View all Hyundai I30 pricing and specifications 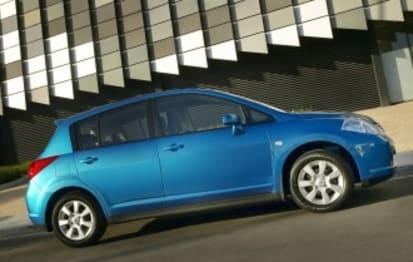 Lowest price, based on 15 car listings in the last 6 months

See 2007 Hyundai I30 pricing & specs >
Have you considered?
Check out more Hatchbacks

Mazda 3 Hyundai Kona Hyundai i20 Toyota Corolla
Disclaimer: The pricing information shown in the editorial content (Review Prices) is to be used as a guide only and is based on information provided to Carsguide Autotrader Media Solutions Pty Ltd (Carsguide) both by third party sources and the car manufacturer at the time of publication. The Review Prices were correct at the time of publication.  Carsguide does not warrant or represent that the information is accurate, reliable, complete, current or suitable for any particular purpose. You should not use or rely upon this information without conducting an independent assessment and valuation of the vehicle.

END_OF_DOCUMENT_TOKEN_TO_BE_REPLACED

Hyundai I30 cars for sale