EXPERT RATING
6
Having given us the luxury X5 and X3 SUVs it was only a matter of time before BMW offered us a compact version. New That was the BMW X1 that arrived in showrooms in 2010 and brought with it the on-road driving experience that is part of the BMW DNA. Like its bigger brethren the smallest BMW SUV boasted performance and

Having given us the luxury X5 and X3 SUVs it was only a matter of time before BMW offered us a compact version.

That was the BMW X1 that arrived in showrooms in 2010 and brought with it the on-road driving experience that is part of the BMW DNA. Like its bigger brethren the smallest BMW SUV boasted performance and handling few of its rivals came close to offering.

The X1 was built around a compact four-door wagon on a modified 3-Series platform with a range of models including rear-wheel drive and all-wheel drive versions, and petrol and diesel engines.

The baby of the range was the sDrive18i, which was a rear-wheel drive model with a 2.0-litre petrol engine and either a six-speed manual or six-speed automatic transmission. With 100kW on tap the performance wasn’t blistering, but it was sufficient for most needs with pretty decent economy.

For more performance and better economy you could step up to the sDrive20d, which was also rear-wheel drive model, but had a 2.0-litre turbo-diesel engine with 130kW and much more torque than the petrol-engined model.

It was here that the all-wheel drive came into play. The model was the xDrive20d, which had the same 2.0-litre turbo-diesel engine, but with the grip advantage of all-wheel drive.

As with all BMWs there was even more if you wanted it. In the case of the X1 it was the xDrive23d, which was an all-wheel drive model with a twin-turbocharged version of the 2.0-litre diesel engine that got you 150kW and 400Nm.

It wouldn't be a BMW if there wasn’t a straight-six engine lurking somewhere in the range, hence the xDrive25i all-wheel drive wagon with the 3.0-litre six. Typical of the German carmaker the straight-six was smooth and powerful, and delight to drive.

There’s a massive temptation to buy a BMW. The promise of performance, handling and refinement, no matter the model, is hard to resist, but buying into the BMW club should only be done with your eyes wide open and your homework done.

You would expect X1 models in the 2010 to 2012 range to have done on average up to 130,000km. At that mileage you shouldn’t expect major problems, but you should be prepared for what could happen in the next couple of years, in which the odometers will likely climb to 170,000km or so.

While BMW engines are generally bulletproof and as a rule don’t use oil between services, the use of plastic fittings is to be deplored.

The transfer case is a known problem area. A high-pitched whine is a tell-tale sign of trouble.

In the harsh environment of the engine bay the plastic goes brittle and the parts fail, and we’re talking about key components like cooling system fittings. When they fail, and they do, expect to see the red warning light to come on to warn you that your engine is overheating.

If you are determined to buy a used X1 with 150,000km on the clock consider having all of the plastic fittings in the cooling system replaced. That way you are more likely to have a trouble-free run.

Other potential trouble spots are the radiator with its plastic parts, the water pump, and belt drive pulleys.

In the case of the all-wheel drive X1 variants the transfer case is a known problem area. A high-pitched whine is a tell-tale sign of trouble.

X1s are unlikely to be used off-road even though they drive through all four wheels, but it’s wise to check for signs of possible use off the main drag. Look for scratches on the body, bashed underbody components etc.

Also check for a service record to make sure all recommended services have been carried out.

The X1 was the subject of a couple of recalls, one for a faulty brake vacuum booster, and another for a poor wiring connector. 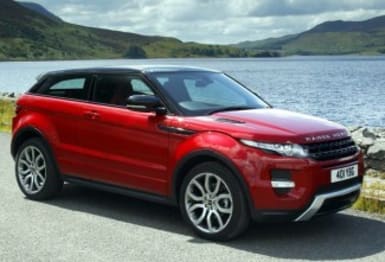 Lowest price, based on 81 car listings in the last 6 months