The BMW 7-Series launched in 2009 was a return to the finer things in life after previous models had diverted down a side road on which performance was a premium.

The F01 and its long wheelbase F02 sibling echoed the old ethos of elegance and driving enjoyment that marked the old BMW flagship out from its great rival from Stuttgart.

With its carefully crafted lines and timeless proportions the new 7- Series returned to the elegance of old; it was certainly less confronting then the earlier model. Inside, it was a mix of classic style and modern practicality. It was quiet, comfortable, refined, and the driver was surrounded with all the mod cons, including BMW's iDrive system, Bluetooth, voice commands, and useful systems like active cruise control and a heads- up speedo display as well as all the expected features.

There was plenty of choice of engines, from the 3.0-litre turbo- diesel, through the twin-turbo six, the twin-turbo V8 and the mighty V12. All were turbocharged, BMW's thinking being that a turbocharged engine could be economical and environmentally friendly when tootling along, but would still have plenty of punch when you planted your right foot. The six-speed auto that is mated to all but the V12, which has an eight-speed auto, has tough shifting and adaptive shift programming.

The F01/F02 models are still relatively new out of the box, most will have done less than 50,000 km, and so failures and issues are few and far between. While solidly built BMWs are not immune to problems, particularly as they age, but it's fair to think the 7-Series will be relatively trouble-free for another 100,000 km or so. Servicing is important to keep on top of any problems that do crop up, so check for a service record for proof of regular oil changes.

There is no ANCAP rating for the 7-Series, but it's fair to assume it would come in at the top end of the five-star scale if it were tested. With dual front, side and curtain airbags, ABS brakes and electronic stability control it has the best of everything in the safety world.

The big Beemer is a heavyweight of the auto world and that has to be reflected in the fuel consumption. The turbo-diesel is the one to go for if fuel economy is your priority. It returns a claimed average of 6.8 L/100 km, impressive for such a big car. The petrol options aren't as thrifty when it comes to fuel economy, the twin-turbo six averages 9.9 L/100 km, the twin-turbo V8 averages 11.4 L/100 km, and the V12 averaged 13.0 L/100 km. All petrol engines require premium unleaded.

A return to greatness after the 7-Series had lost its way. 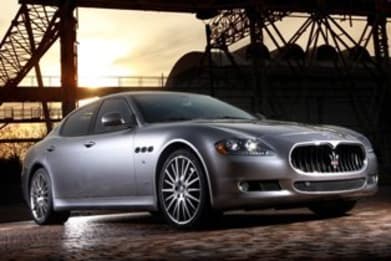 BMW 7 Series cars for sale
View cars for sale
Disclaimer: The pricing information shown in the editorial content (Review Prices) is to be used as a guide only and is based on information provided to Carsguide Autotrader Media Solutions Pty Ltd (Carsguide) both by third party sources and the car manufacturer at the time of publication. The Review Prices were correct at the time of publication.  Carsguide does not warrant or represent that the information is accurate, reliable, complete, current or suitable for any particular purpose. You should not use or rely upon this information without conducting an independent assessment and valuation of the vehicle.