Thanks to its very Italian styling the Alfa Romeo 147 five-door hatch is often mistaken for a two-door sports coupe, but is actually a reasonably practical family car, if the kids are pre-teen, that is. The Alfa 147 is also sold as a three-door hatch – with an even sportier look.

While interior room is fine in the front. Rear seat access in the three-door is about average for its class, meaning it's easy for the kids, but anyone older may find it a pain.

On the road the little Alfa 147 offers a huge amount of dynamic driving pleasure. If you enjoy driving and are tired of boringly sensible Japanese and Korean cars then an Alfa Romeo 147 should be high on your list of potential buys.

The Alfa 147 is powered by a 2.0-litre Twin Spark (two spark plugs per cylinder) four-cylinder engine. It's beautifully responsive and sounds very purposeful. In a really Italian manner, the Twin Spark is more than happy to rev to the heavens, however it's a little weak at lower revs and you really need to have a minimum of 3000 rpm on the tacho to keep life interesting.

True Alfa lovers can't resist the temptation to stay in lower gears just to listen and feel their engines so the 147 suits them fine.

The five-speed manual's gear changes feel good for a front-drive car. But if you are accustomed to a rear-driver you may find it less appealing, try for yourself before falling in love with the shape of the little European hatch.

Alfa's Selespeed sequential-manual gearbox also has five forward ratios. Like all of its type it's rather harsh in its gear changes during upshifts in its lower ratios, but better once you get to third and beyond.

We do love the way the Selespeed blips the throttle on the downshifts.

A 1.9-litre turbo-diesel arrived in Australian Alfa Romeo 147s in January 2006. It has considerably more power and torque than the four-cylinder petrol, and once it has passed through its irritating turbo lag period is a reasonably responsive unit. However, the low redline is a bit of a letdown to those who love their sporting Italian machines. The only transmission sold with the 147 diesel is a six-speed manual.

Those who want a really hot little Alfa Romeo can go for the hyper-hatch 147 GTA with its huge 3.2-litre V6 engine, bold body kit, taut suspension and upgraded brakes. The GTA is offered with a conventional six-speed manual or six-speed Selespeed - forget the Selespeed...

These days Alfa Romeo is pretty well represented in Australia as the factory has taken over Australian distribution. For obvious reasons most of the dealerships are concentrated in major metropolitan areas. If you live the country it might be an idea to look for a local Alfa specialist before getting too deeply into the purchase stage.

New-generation Alfas are better built than the earlier ones. However, we still see the occasional rough one and hear of some complaints from owners.

The home mechanic may care to try some of their own servicing and smaller repairs, but we really do suggest its best left to the professionals. Having a workshop manual for reference is a must.

Insurance costs can be high, especially on the GTA. If you're under 25 and/or have a poor driving record get a quote or two on a GTA before committing yourself to the car.

By all means do your own inspection of an Alfa 147 to the best of your ability, but we highly recommend that you call a professional before committing.

Look for body repairs, most easily spotted by mismatched paint on adjacent body panels, uneven gaps between panels, paint overspray on non-painted parts and ripples in what should be smooth metal.

A lot of brake dust on the wheels can indicate hard driving. Check the insides of the front wheels as it's likely the outsides of the wheels will have been cleaned by a smart seller.

Make sure the engine starts easily and idles smoothly from the moment it gets going. Naturally the V6 will be smoother than the four.

A manual gearbox that isn't light in its action could be due for repairs. Do some fast changes from third down to second and feel for a reluctance to shift, or for funny noises.

During the road test look for steering that wanders and feel for brakes that don't pull the car up evenly.

Interesting cars attract interesting people, who often get together to form a club for their favourite machines. Try contacting club member for advice on buying. They may even know the actual car you're considering. 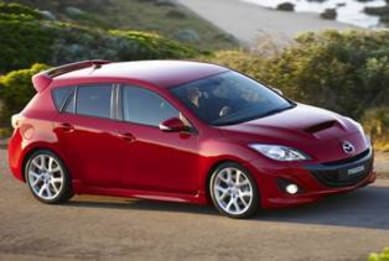 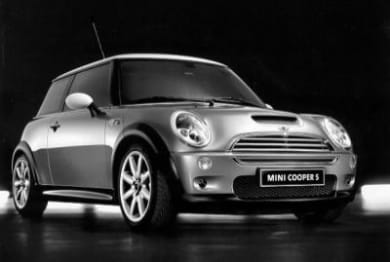 Alfa Romeo 147 cars for sale
View cars for sale
Disclaimer: The pricing information shown in the editorial content (Review Prices) is to be used as a guide only and is based on information provided to Carsguide Autotrader Media Solutions Pty Ltd (Carsguide) both by third party sources and the car manufacturer at the time of publication. The Review Prices were correct at the time of publication.  Carsguide does not warrant or represent that the information is accurate, reliable, complete, current or suitable for any particular purpose. You should not use or rely upon this information without conducting an independent assessment and valuation of the vehicle.